What is an Ulcer?

Peptic ulcer disease is a condition in which a patient develops sores in the lining of their stomach or upper small intestine after the protective lining of these organs is broken down.  According to the Centers for Disease Control and Prevention, 25 million Americans will suffer from an ulcer at some point during their lifetime.

Symptoms of an Ulcer in Plano TX

There are several symptoms that are associated with an ulcer. The most common being a burning sensation felt in your lower chest or upper abdomen. Some other common symptoms may include:

What Causes an Ulcer in Plano TX?

It’s a myth that spicy foods or stress cause ulcers. While there is no single cause of ulcers, it is apparent that an ulcer is the end result of imbalance of digestive fluids in the stomach and duodenum. The most common causes of peptic ulcers include Helicobacter pylori infection and the use of non-steroidal anti-inflammatory drugs (NSAIDS) such as aspirin, ibuprofen, naproxen, etc.

Certain factors can increase your risk level of developing an ulcer:

How are Ulcers Diagnosed?

The best way to identify an ulcer is to undergo an EGD or upper endoscopy. This test will allow your gastroenterologist to visualize the lining of the upper GI tract and identify an ulcer. Your physician can also take biopsies of your stomach to evaluate for Helicobacter pylori infection.

How to Treat an Ulcer in Plano TX

Once diagnosed, ulcers can generally be healed with the use of proton pump inhibitor medications, avoidance of NSAIDs, and treatment of Helicobacter pylori infection. 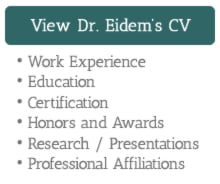 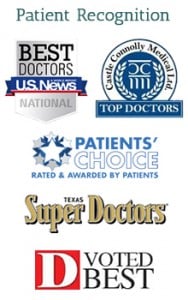