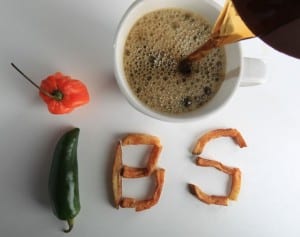 Irritable bowel syndrome (IBS) is a very common disorder that affects approximately 1 in 5 people according to the American Gastroenterological Association.   IBS is not a disease. It is a group of symptoms. According to the Rome III Criteria, these symptoms consist of: recurrent abdominal pain or discomfort, which is associated with a change in frequency or form of stool and is improved with defecation. Despite these uncomfortable signs and symptoms, IBS doesn’t cause permanent damage to your gastrointestinal tract.

Most people with IBS find that symptoms improve as they learn to control their condition with changes in diet, lifestyle, and stress management. Occasionally, patients require medications to assist in reducing the symptoms of IBS.   Irritable bowel syndrome does not cause inflammation or changes in intestinal tissue and does not increase a patient’s risk of gastrointestinal cancer.

What is the Difference between IBS and IBD?

IBD (which consists of Ulcerative Colitis and Crohn’s Disease) causes distinct changes in the mucosa or lining of the GI tract. These changes generally consist of ulcerations, fragile mucosa and scarring which can cause permanent damage and require lifelong medication management.

Symptoms can vary amongst those suffering from IBS. However, most IBS sufferers experience:

What are the Causes of IBS?

Traditional Theory: For years scientists and researchers have declared the underlying cause of IBS as unknown. Most researchers believe that the symptoms of IBS are caused by a disturbance in the way the brain and the gut interacts or a change in the bacterial flora within the GI tract. These changes can lead to abnormal muscle contractions in the bowel, which can speed up or slow down the passage of a stool and cause pain, gas, and bloating.

New Science: Now scientists and researchers are beginning to accept the theory that small intestinal bacterial overgrowth (SIBO) is the cause of the IBS symptoms of bloating, abdominal pain and constipation. A healthy small bowel is generally a rather sterile bacteria-free environment. However, when SIBO occurs bacteria enter the small bowel from the colon. The SIBO is triggered by an inciting event (e.g. stress, certain foods). The bad bacteria now begin feeding off of the starches in the digested food in your small bowel and produce hydrogen. This non-sterile and hydrogen enriched environment allows another type of bacteria, called archaebacteria, to exist in the small bowel. The archaebacteria consume the hydrogen produced by the other bacteria and create methane gas. A vicious cycle has now been created as the bacteria produce more hydrogen and the archaebacteria subsequently produce more methane gas. As more of the methane gas is created your small bowel expands, which is the cause of your bloating, abdominal pain and sometimes constipation.

How is IBS Diagnosed in Plano, TX?

The diagnosis of IBS is made when the symptom criteria are met and other more serious conditions have been excluded. Often times, blood work, imaging studies, EGD, and colonoscopy are performed to ensure that a patient does not have another underlying disease process such as: Crohn’s disease, Ulcerative colitis, colon cancer, peptic ulcer disease, celiac disease, etc. If the symptoms persist and other disease processes have been ruled out, the diagnosis of IBS is made.

What Treatments are recommended for IBS Symptoms?

If you suffer from IBS, I encourage working with your doctor on a treatment regimen that is best suited for your symptoms. While the symptoms associated with IBS can be frustrating, the good news is that IBS does not cause permanent harm to the intestines and does not lead to intestinal bleeding or to a life-threatening disease such as cancer.

I recommend experimenting with limiting or avoiding these foods and beverages. Keeping a diary is a good way to track which foods and drinks affect your symptoms.

There is an exciting new natural treatment for the symptoms of bloating, abdominal pain and constipation that was developed by my partner, Kenneth Brown, M.D., called Atrantil. This natural product is different than anything else since it attacks the SIBO in the small bowel and is able to eliminate the bacteria producing the methane gas. This ground breaking new treatment is very exciting since we have not had a pharmaceutical, probiotic or antibiotic that could eradicate the methane producing bacteria in the small bowel until now.

While Atrantil is a new product, the initial clinical trials show significant efficacy with an over 88% improvement in patients’ IBS symptoms. We are excited to get more data related to the efficacy of Atrantil, but the initial results are very promising. I recommend Atrantil to my patients. Also, I encourage anyone with IBS symptoms of bloating and abdominal pain to consider trying Atrantil and to discuss any questions or concerns they have with their physician.